The role of libraries on Open Science has been recognised and discussed at multiple fora, and even endorsed publicly by international organisations and stakeholders. It is natural, as academic libraries are already supporting a good part of what constitutes Open Science as open access to publications and more recently, open data. Libraries are extensively present at the Commission Recommendation on Access to and Preservation of Scientific Information in Europe (European Commission, 2012).

The OECD explicitly includes libraries, repositories and data centres as key actors on Open Science, together with researchers, government ministries, funding agencies, universities and public research institutes, private non-profit organisations and foundations, private scientific publishers, businesses and supra-national entities (OECD, 2015). In the United Kingdom, the Royal Society includes a recommendation on universities and research institutes to play a major role in supporting an open data culture, and libraries are a key component for it (Royal Society 2012). And so does the International Council for Science in its recently published accord (Science International, 2015) by setting the responsibilities of libraries around the principles and practices for Open Data.

And their role is that of enablers: “Libraries have adapted their role and are now active in the preservation, curation, publication and dissemination of digital scientific materials, in the form of publications, data and other research-related content. Libraries and repositories constitute the physical infrastructure that allows scientists to share use and reuse the outcome of their work, and they have been essential in the creation of the Open Science movement” (OECD, 2015).

Libraries and repositories fall into the category of measures and policies that may be implemented by research institutions, as soft and hard infrastructure, together with two other kinds of measures: sticks (mandatory rules, as requirements in research grand agreements, national strategies or institutional policies), and carrots (incentives, as financial support to cover the costs of open access publishing and datasets release, and other mechanisms for recognition and career progression).

There are several ways in which libraries can fulfil their role of enablers and have their say:

But these roles require libraries to develop new processes and skills to fulfil their functions in a digital age. The discussion on the roles of libraries and librarians on the current scientific environment is not a new one. It has received considerable attention and has been the object of literature, events, surveys and community discussions, more notably since the movement for open access and repositories became global, and more recently in regards to research data curation, research data management and open data. It adds up to the constant and generalised debate for librarians and libraries no matter if they are academic, public, national or special, to identify and define and defend their roles in the digital era. It is indeed a profession and an institution faced with a constant need to adapt to a changing environment. For good or bad, it must prove itself and remain guarded.

In particular, the studies around the role of academic libraries and research data are numerous, as can be seen in the compilation of resources at eScience Portal for New England Librarians (http://esciencelibrary.umassmed.edu/about/library-roles) or the exhaustive Research Data Curation Bibliography by (http://digital-scholarship.org/rdcb/rdcb.htm). Some examples worth mentioning are the survey-based study Academic librarians and research data services: preparation and attitudes (Tenopir et al., 2013), or the report committed by Research Libraries UK to (Auckland, 2012), on the role and skills of subject and liaison librarians required to effectively support the evolving information needs of researchers. The latter identified the most significant skills gap in the following nine areas:

There are well-documented calls to develop skills and career paths for the various data-related professions that are essential to research institutions in a data intensive age: these include data analysts, data managers, data curators and data librarians (Science International, 2015). It is also part of the European Open Science Agenda, as the policy action to remove the barriers to Open Science includes the objective of addressing low e-skills amongst researchers and underuse of professional support (librarians, repository managers). 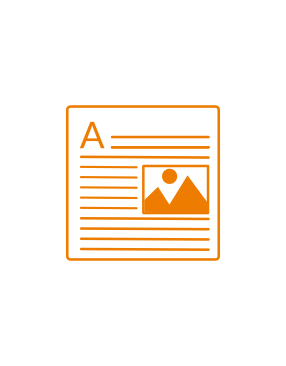