From the preface: The Members and Participating Organizations of the Group on Earth Observation (GEO) make their Earth
observation and environmental data available through the GEO Global Earth Observing System of
Systems (GEOSS) portal. The preferred approach of the organization is to provide open access and
unrestricted use to those data through the GEOSS Data-CORE (Collection of Open Resources for
Everyone). This approach has not been adopted by all the GEO participants, despite the call for even
greater openness that is promoted by the revised GEO Data Sharing Principles for next decade.
The report was produced by CODATA specifically at the request of the GEO Secretariat in order to
summarise arguments in favour of broad and open data sharing, and to present these to the 2015 GEO
Plenary in Mexico. The short timescale for its production meant that it was not possible for the report to
go through a formal review process with DSWG. However, DSWG colleagues were consulted and
commented on the draft at a number of stages. DSWG acknowledges the merits of the report as an
articulation of the value of data sharing and therefore is in favour of the report being presented to the
Plenary for information. 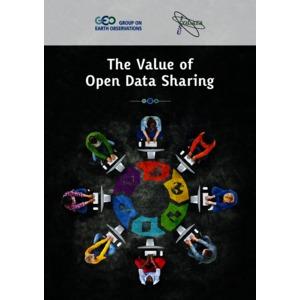